How to log in: A Zoom link will be emailed to you on the day of the event.  Click the Purple Mountains image below to register. 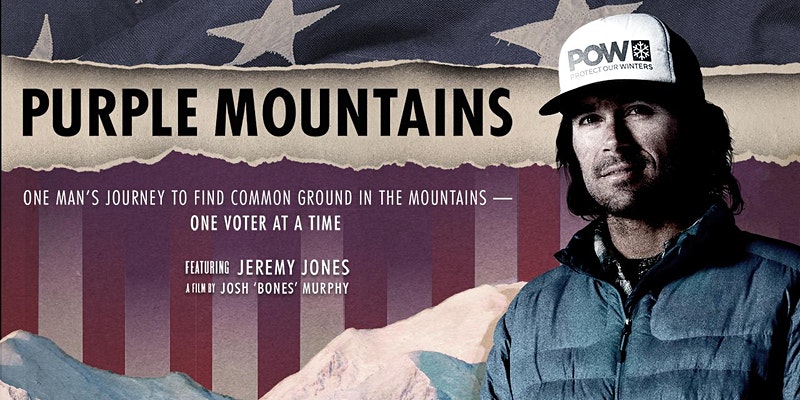 Kevin McCarthy, General Manager of White Pass Ski Area.  Kevin has 45 years of experience in the ski industry and has served the industry in a multitude of regional and national board positions.

Dr. Kevin Downing is a Consulting Exploration Geologist based in Packwood WA. He has been banging the climate change warning drum since the early 90s. He is also a backcountry snowboarder.

Tamara Staton, Education and Resilience Coordinator & Pacific Northwest Regional Coordinator for Citizens Climate Lobby. Tamara supports chapter group leaders and expansion efforts in Oregon, Washington, Idaho, Alaska, Hawaii and 3 other Pacific islands. In her downtime, you might find her backpacking, kayaking or camping with her family.

Professional snowboarder and mountaineer Jeremy Jones has an intimate relationship with the outdoors. It’s his escape, his identity, and his legacy. But over the course of his 45 years in the mountains, he’s seen many things change: more extreme weather, fewer snow days, and economic strain on mountain towns.

Motivated by an urge to protect the places he loves, Jeremy sets out on a physical and philosophical journey to find common ground with fellow outdoor people across diverse political backgrounds. He learns their hopes and fears while walking a mile in their shoes on the mountain and in the snow.

With intimacy and emotion set against breathtaking backdrops, Purple Mountains navigates America’s divide with a refreshing perspective: even though we may disagree about climate policy, our shared values can unite us.